The Witmer Park Project is the second Phase of a two-year improvement plan for Witmer Park. Its goal is the development and construction of a new playground system and a restroom facility. Other improvements will include new picnic tables, grill pits, and bike racks.
In January of 2018, the City of Des Moines announced that it was planning approximately $520,000 in upgrades to aspects of Witmer Park, assisted by a $252,000 Iowa DNR REAP grant. Those upgrades—which will begin in the spring of 2019 and continue throughout the year—will include ecological restoration, a new walking path, two open air shelters, a fishing pier and the rehabilitation (including dredging and re-stocking) of Witmer’s signature pond.

Though these upgrades are thoughtful, thorough, and ambitious, the initial announcement by the City did not include plans for a restroom facility or replacement of the aging playground equipment. The City sought input from the Beaverdale and Drake neighborhoods on these aspects of the park, and in response, park neighbors and members of the BNA and DNA have organized to raise money for improvements not included in the City’s initial plan. This effort has been named the Witmer Park Project.

While the City spends 2019 implementing the REAP aspect (or Phase 1) of Witmer Park’s upgrades, the Witmer Park Project will be fundraising for these additional non-REAP improvements (or Phase 2). If funds are secured by the end of 2019, the restroom and playground will be slated for construction in 2020, with a volunteer playground build taking place in the fall of that year.

The Witmer Park Project is pursuing grant opportunities, business contributions, and individual donations to fulfill this vision. To contribute, visit gofundme.com/WitmerParkProject or mail a check (made out to Friends of Des Moines Parks with "Witmer" in the memo line) to:
Back Country
c/o Jay Kozel
2702 Beaver Ave.
Des Moines, IA
50310
With your help, we can make Witmer Park one of the best in the city. Thanks for considering a donation and for helping spread the word!

If you have any questions or would like more information about the improvements at Witmer Park, please reference this FAQ or email Jay Kozel (jay.kozel@gmail.com) 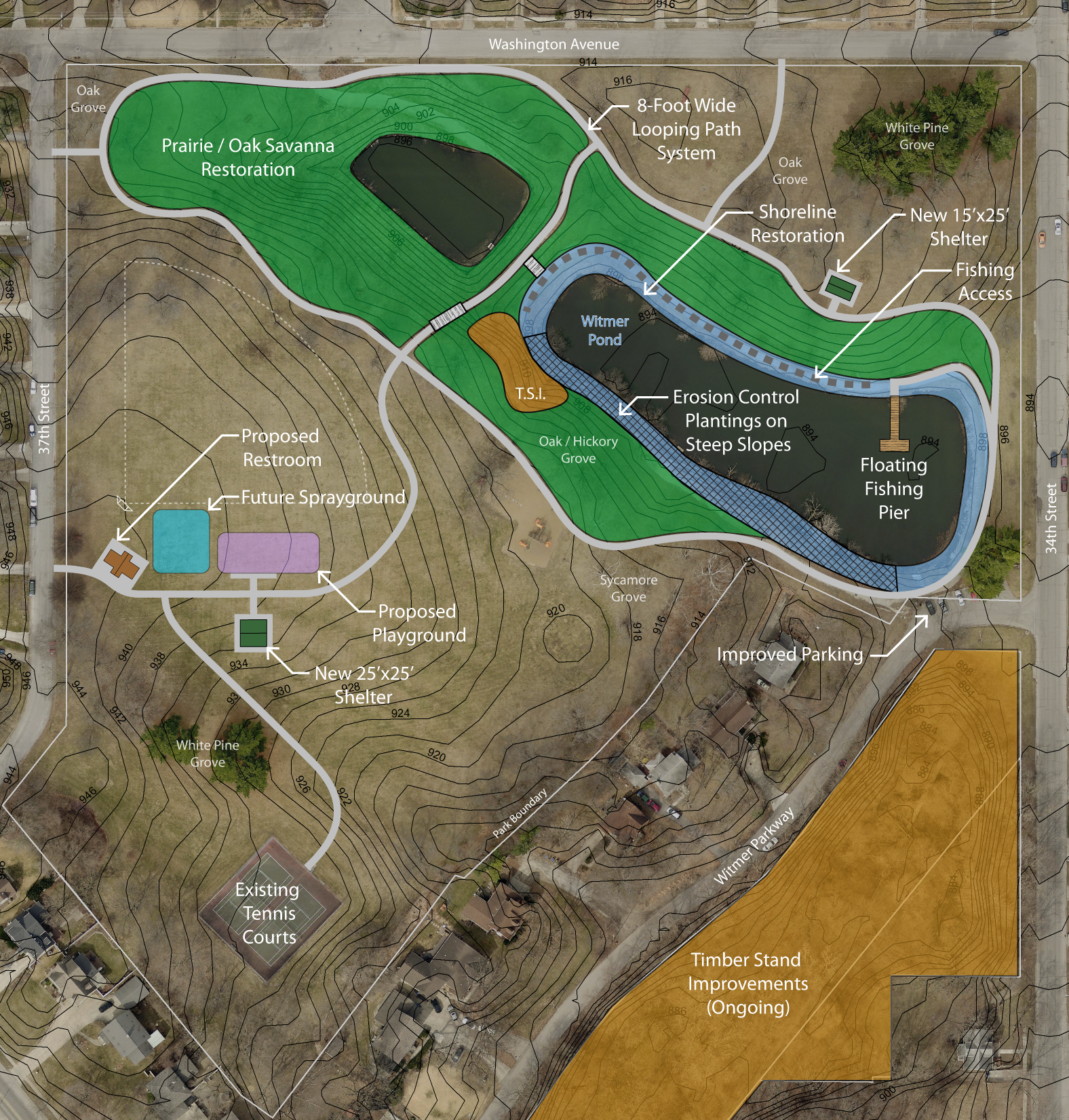 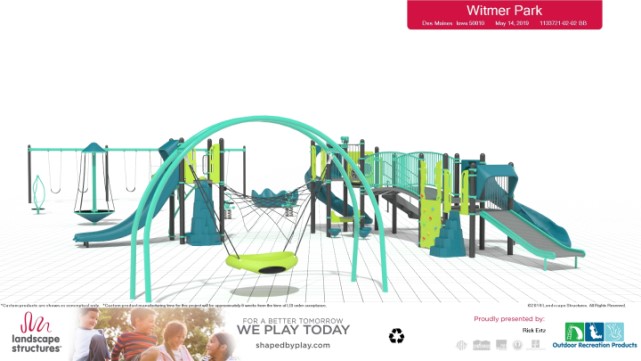 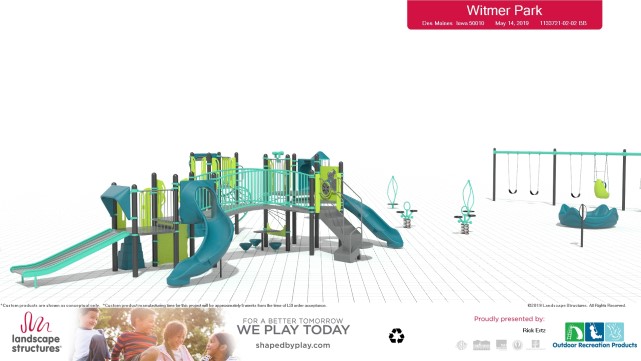 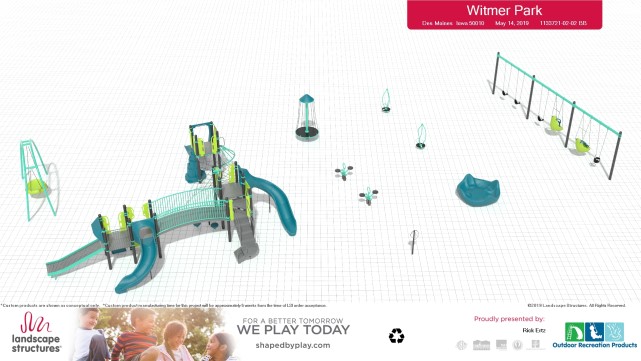